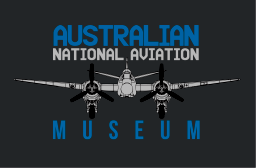 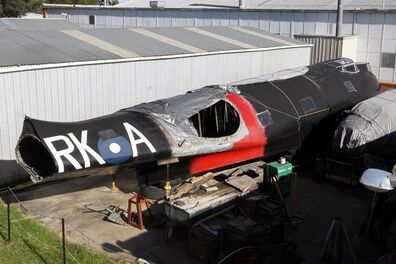 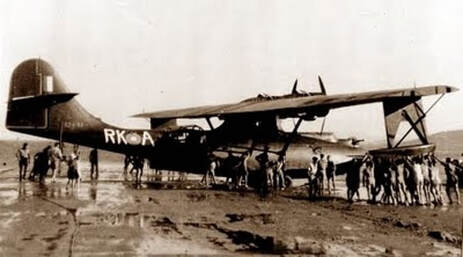 ​The PBY Catalina is the world’s most successful Flying Boat with 3,272 examples being built, including 1,418 built as amphibians.

Developed from two earlier flying boat designs previously built for the US Navy, the Consolidated model 28 was designed to meet a 1934 US Navy specification for a new patrol flying boat. The first aircraft flew in March 1935, and resulted in a contract for 60 PBY-1 patrol flying boats. In 1939 the last intended US Navy order was placed for 32 PBY-4 aircraft, resulting in a total of 216 aircraft (including the prototype) delivered by that time, however one PBY-4 was delivered to England for evaluation by the Royal Air Force, as the outbreak of war in September 1939 found the RAF poorly equipped and seeking aircraft types from overseas.

The RAF placed an order for 200 PBY Flying Boat aircraft, now fitted with the distinctive gun blisters on the rear fuselage and having the PBY-5 model number in the US Navy but named Catalina by the RAF. The US Navy also placed further orders for the improved PBY-5 Flying Boat and asked Consolidated to deliver its last two examples with undercarriage to allow amphibious operation from land and water, leading to the definitive PBY-5A model.

Catalinas were built in Canada by Boeing and Canadian Vickers as the Canso (PBY-5A) Amphibian and PB2B Flying boat, while Russia built under licence a total of 150 GST Flying Boats. A further 175 PBY-6A Amphibians were built by Consolidated.

At the commencement of WW2, Australia also found itself in need of more aircraft of varying types, and an order was placed for 18 Catalina (PBY-5) Flying Boats. Due to the neutrality of the United States, these aircraft were flown out from the US to Australia by civilian crews manned by Qantas pilots. Qantas was to go on and forge a long relationship with the Catalina, operating 5 Catalina’s from Australia to Ceylon during wartime for VIP passenger and mail services, and post war operating 7 Catalina’s in PNG and on services to the Pacific Islands. It is one of the iconic aircraft of Qantas’ history.

The RAAF eventually received 168 Catalinas, consisting of two early PBY-4 flying boats transferred from the Dutch East Indies, 66 PBY-5 Flying Boats, 46 PBY-5A Amphibians and 54 PB2B Flying Boats. A total of 29 PBY-5A Amphibians were modified at Lake Boga and Rathmines in a 1500 manhour conversion back to pure Flying Boat configuration. This included reducing weight by removal of the undercarriage to increase range and payload. These newer PBY-5A (M) aircraft then replaced the older PBY-5 in the famous Black Cat squadrons, who would mine enemy harbours and sealanes while the remaining amphibians and flying boats undertook Air Sea rescue and Patrol dutues.

The Museum's Catalina was delivered to the RAAF in March 1944, and served with 42 Squadron as “ RK-A” from August 1944 through to July 1945 in the South East Pacific operations as a Black Cat on sea mining missions. Its' most famous mission was to take part in the longest Black Cat mining mission of the War - to mine Manila Harbour in December 1944 to bottle up the Japanese Fleet ahead of the landings in the Philippines by General McArthur.

This was a secret mission involving RAAF aircraft from 11, 42 and 43 Squadrons and consisted of A24-88 departing Melville Bay in the Northern Territory on a round trip of nearly 9000 miles, and 15 hours flying duration The mission consisted of 4000 lbs of mines, severely limiting the fuel load and duration of flight.

A24-88 transfered to 11 Squadron on 1 August 1945 and remained with that squadron to the end of the war and was allocated to 1 Flying Boat Repair Depot at Lake Boga, Victoria on 10 January 1946 for storage and disposal.

It was sold on 5 January 1948 to Kingsford Smith Air Services who stripped it for spares to maintain other former RAAF Catalinas purchased and flown from Lake Boga. The hulk of A24-88 was sold for scrap but instead was stripped of its engines, wings, and tail, and converted to a house boat on the Murray River where it served for over 30 years in the Echuca area before being acquired by the Museum.

At least six former RAAF flying boats converted into houseboats and operated on the Murray River post war, including a former PBY-4 which was converted to a paddle boat, but fortunately A24-88 was one of the few not to suffer radical modification of its superstructure.

The Museum is fundraising to restore the aircraft to externally complete Flying Boat configuration, with parts being recovered from all over Australia, and overseas, it is one of only four original wartime RAAF Catalina's surviving in Australia, and the only one with documented Black Cat operational history.

It is the last surviving RAAF Black Cat, the sole surviving RAAF PBY-5A model of 46 delivered, and the only survivor of the 29 locally modified PBY-5A (M) aircraft converted from Amphibian to Flying Boat.